I wonder how a  flip-flop and t-shirt girl like me who have never owned a single pair of gloves, earmuffs or scarves survived four winters in brutal windy city of Chicago. I definitely do not miss scrubbing the snow off of my car windows and shoveling to get out of my parking space every morning in extreme cold weather. The rest of the year however, especially the summer months are full of exciting events, concerts, street festivals, sports games, restaurant weeks and shows. The musical “Chicago” was performed in Chicago Theatre. Conan O’Brien is also a VIP here. 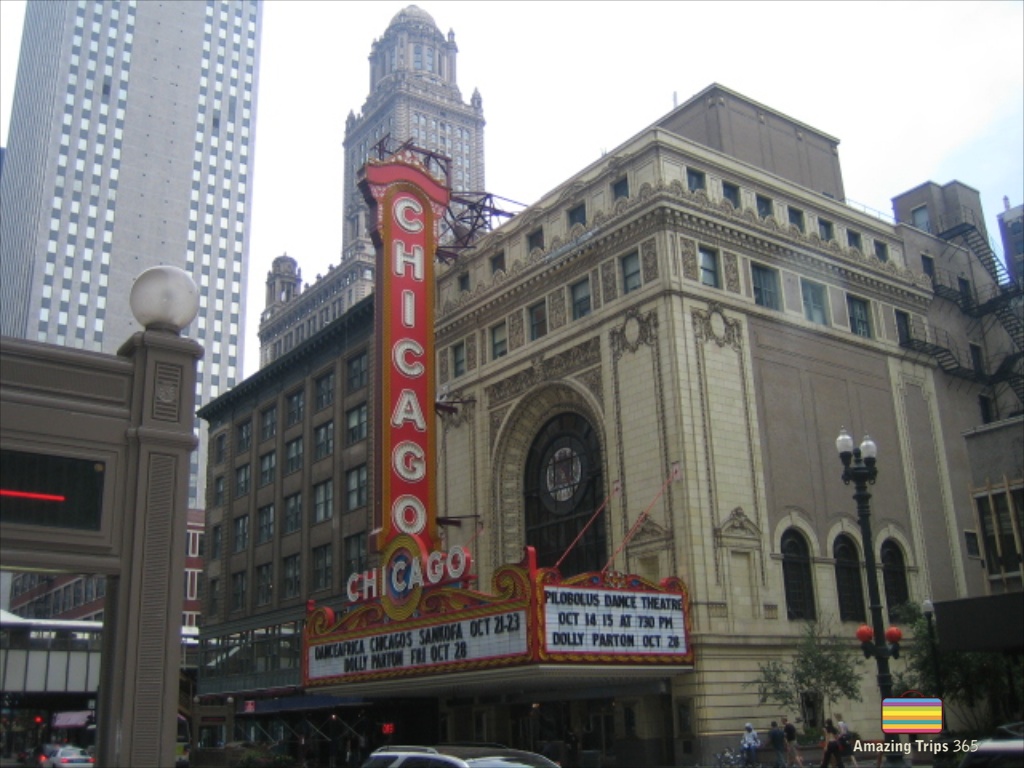 What is known as “The Bean” by Chicagoans in Millenium Park is actually called Cloud Gate. The stainless steel plate reflects the city’s skyline, the clouds above and mirrors a self-image if you are standing in front of it. Millenium Park is the perfect dating place ever. In the winter months up until March, you can ice skate at the Mccormick Tribune Ice Rink, a hotspot for families and engagements. On a warm day, rent a bike, eat hotdogs, or relax on the grass, take a nap, read a book, listen to music or catch a concert at Jay Pritzker Pavillion designed by Frank-Gehry. Its exquisite design mimics indoor sound system in an outdoor concert setting. Then stroll along the sycamore trees and enjoy contemporary and modern art exhibitions at Boeing galleries, or get drenched at the Crowne Fountain, two glass towers displaying interchages of 1000 faces of local residents spouting water from their mouths.

Grant Park holds festivals in the summer including Blues Jazz festival, Gospel festival and Taste of Chicago. Over 70 restaurants from Chicago participate in Taste of Chicago and it hosts concerts from famous artists such as John Mayer, Trey Songz and Gavin Rossdale from June 25th to July 4th every year. On a clear sunny day at Navy Pier, hop on an architectural cruise along the Chicago River that will give you the insights to the city’s modern landmarks including the Wrigley Building, Willis(Sears) Tower and Marina City known as “the corn on the cob.” Navy Pier also has an IMAX Theatre, ferris wheel, beer gardens, restaurants and nightly firework displays. 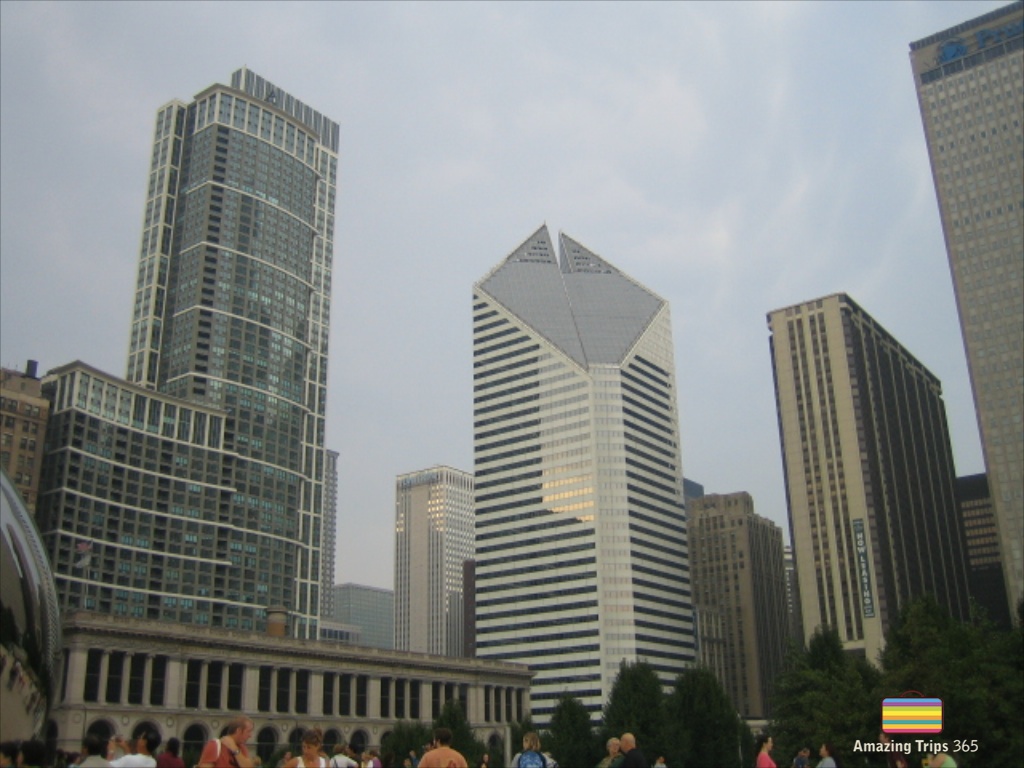 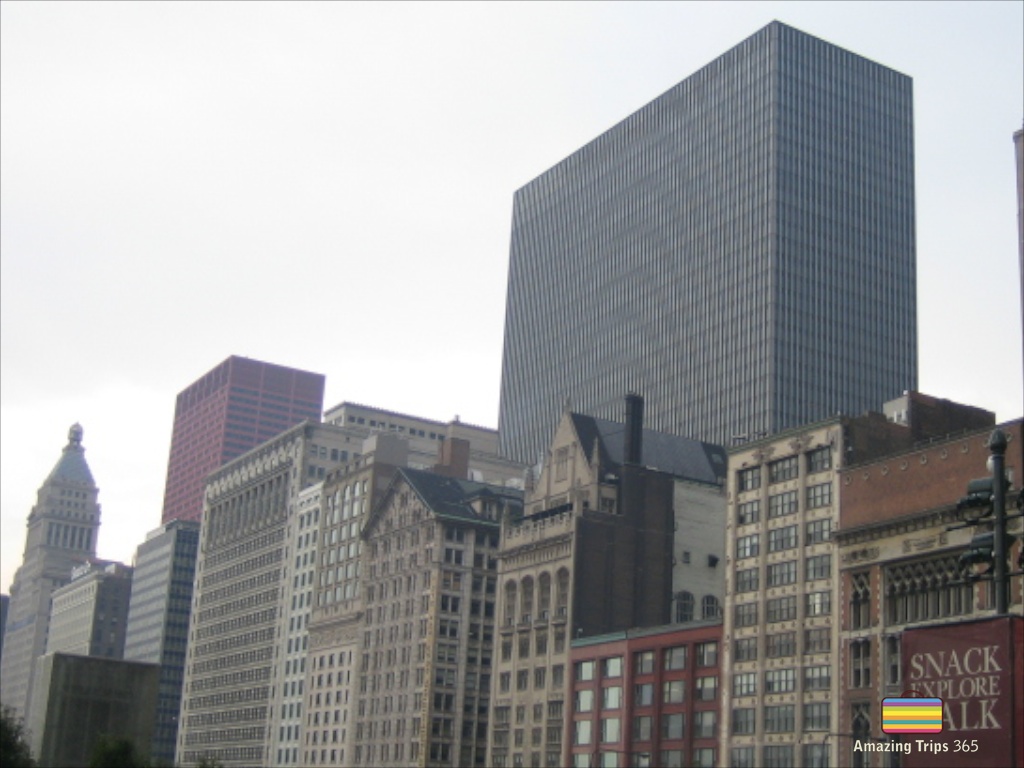 For a good cardio session, break a sweat along 18.5 miles of waterfront path in Lake Michigan walking, running, biking, rollerskating, playing volleyball, laying out on the beach to show off hard-earned bodies from working out all year long or sailing at Belmont Harbor. Castaways Bar in North Avenue Beach is a fun place to hang out and grab a hotdog, burger, cold beer or ice cream in hot and humid sun. In August, the Air and Water Show in North Ave Beach will pump up your adrenaline as you watch the U.S. Air Force Thunderbirds fighter jets pull off neat tricks and the Army Parachute Teams jump off from the skies. 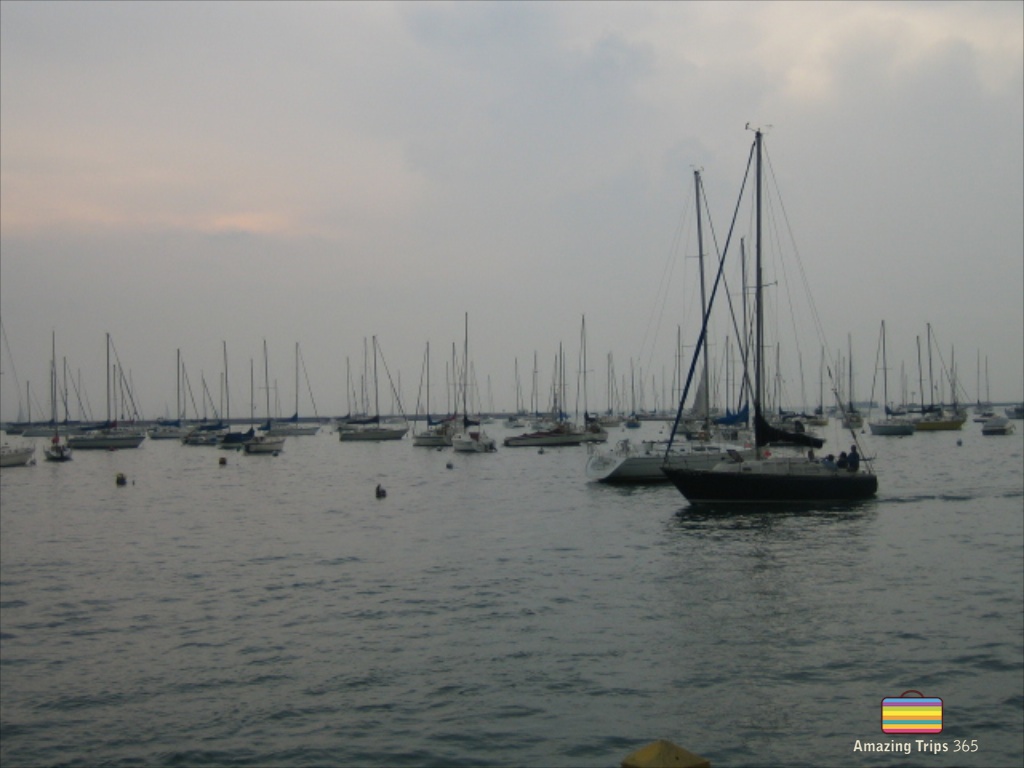 Shopping in Magnificent Mile including the upscale Water Tower Place on Michigan Avenue is women’s paradise, thanks to Chicago’s sales tax relief to 9.75% and food sales tax to 11% starting from July 2010. The city also has amazing museums, so get lost in the Adler Planetarium, Shedd Aquarium, Field Museum and the Art Institute of Chicago, to name a few. You can also spend a good few hours at Lincoln Park Zoo and make fun of the chimpanzees and get startled at the roar of Mufasa. Then unwind at the Signature Lounge on the 96th floor at John Hancock building, sip on lychee martinis and enjoy a 360-degree view of the city. 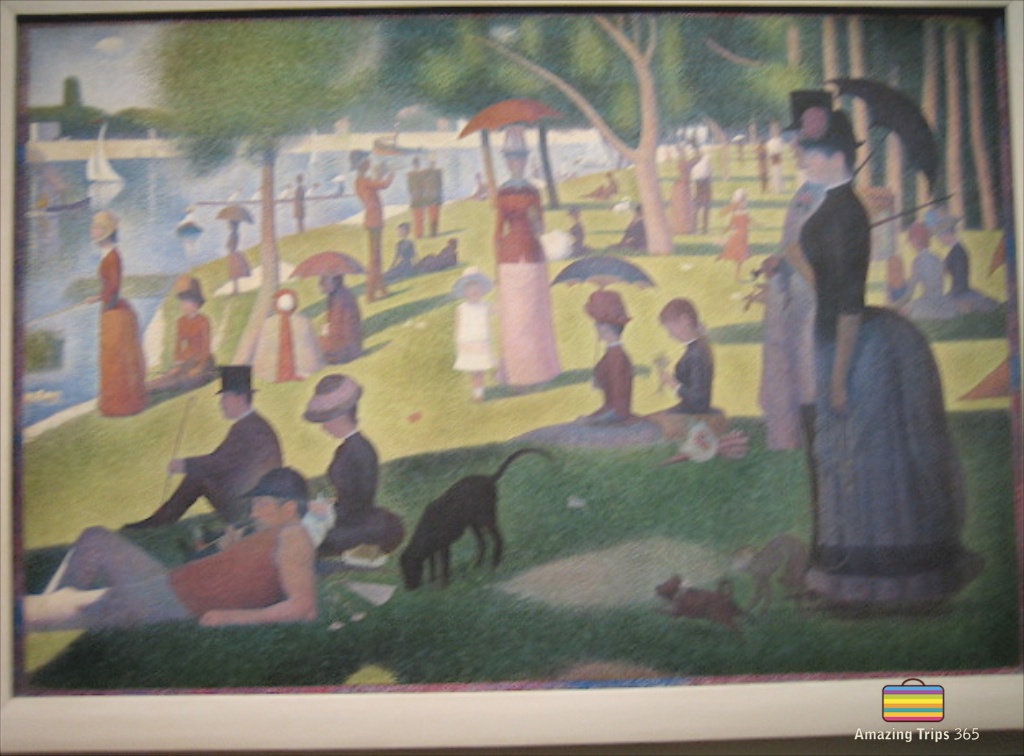 Rush Street is Chicago’s hot block in downtown’s financial district bustling with cafes, restaurants, bars and nightlife. When the Cubs, the Sox, the Bears, the Bulls or the Blackhawks are playing, the whole town will be hustling and bustling with pre and post-parties. Wrigley Field, which was built in 1914, is a cute little stadium in the heart of town. Even at what would be considered “nosebleed seats” at a normal ballpark stadium, it is possible to see the faces of all the players in Wrigley. Chicagoans love good food. There are tons of restaurants in every neighborhood, you will have hard time narrowing them down. In Bucktown/Wicker Park off of the Daman Stop on the “L” blue line for example, the Bongo Room has “to-die-for” brunches with Banana Oreo Pancakes, Chocolate Tower French Toasts, Chorizo Omelettes, Duck Breast Benedicts, different from plain eggs and pancakes breakfast fares. Other great restaurants in this area include fine-dining at Feast, rotisserie chicken at Nick’s Pit Stop, burgers at the Northside Bar and Grill, creamy-rich hot chocolate at the Hot Chocolate, gyros at Sultan’s Market, award-winning thin crust pizzas at Piece, authentic Italian dining at Francesca’s Forno, hearty breakfasts at Milk & Honey Cafe, Crust Organic Pizza and creative appetizers and extensive beer selections from the Boundary and the Map Room. In River North, Japonais offers contemporary Japanese cuisine and sushi in the Red and Green Dining Rooms and amazing martinis in the indoor/outdoor lounges riverfront. At Sushi Samba Rio, try an innovative fare from a combination of Japanese, Brazilian and Peruvian cuisines. Gibson’s Steakhouse, Quartino’s Italian Restaurant and Brazazz Brazilian Steakhouse in Downtown are also definitely worth trying. Don’t miss out on Chicago’s famous deep-dish stuffed pizza at Gino’s East, Giordano’s or Lou Malnati’s located throughout the city. But being too greedy ordering a large will make you waddle out the door because you will get a fill after two pieces, and that’s if you are really hungry. Better than baby-back ribs in Memphis, TN, Twin Anchors, a family-owned local restaurant in Old Town Chicago is by far the best ribs I have ever had in my life. It was also a favorite of Frank Sinatra’s in the 1950’s and Conan O’Briens currently. The meat on the ribs fall off when you pick them up and they are very juicy and tender, easy on the palate. Now, it’s time to wake up from food coma and burn off some calories. Head over to the Second City in Old Town for belly-grabbing giggles and laughs from the best comedians and improvs in town. Sometimes I really miss this crazy city. If you haven’t been, I highly suggest you eat and shop til you drop and experience for yourself what one of the finest Midwest city is all about.