On the Italian Coast, just east of La Spezia is Cinque Terre, five rugged fishing villages.   The devastating flood and mudslides this past October has destroyed many restaurants and houses especially in Monterosso and Vernazza, the first and second villages of the five.  Many businesses have slowly recovered and opened but when I visited in May, about 7 months after the event, a lot of construction was still being done.

Fortunately, our cruise ship changed its itinerary a day before starting of the cruise.  The Italian port officials would not let Holland America’s Eurodam to dock in Santa Margherita for some unclear reason, so we went to La Spezia.  I was ecstatic, since this was so close to Cinque Terre and now we were able to do an excursion and finally see what this town was all about.  Many friends and colleague have mentioned that they favored Cinque Terre over Rome, Florence and Venice.  Venice has always been my favorite place in Italy, so I wanted to see for myself.

From La Spezia port,  the train station was about a 25min walk.  Purchase a Cinque Terre Treno day card for 10 Euros, which allows you to hop on and off as many train rides as you want as well as the shuttle into town.  The local train from La Spezia which only goes to/from Cinque Terre came very frequently and more so because it was a Saturday.  The ride was less than 10 min to the fifth fishing village of Riomaggiore.  The rest of the villages were about 3-5 minutes apart from each other.

I didn’t have a chance to visit Monterosso, the easternmost town and the largest, so we started at Vernazza.  Vernazza was picturesque but was going through a lot of construction. 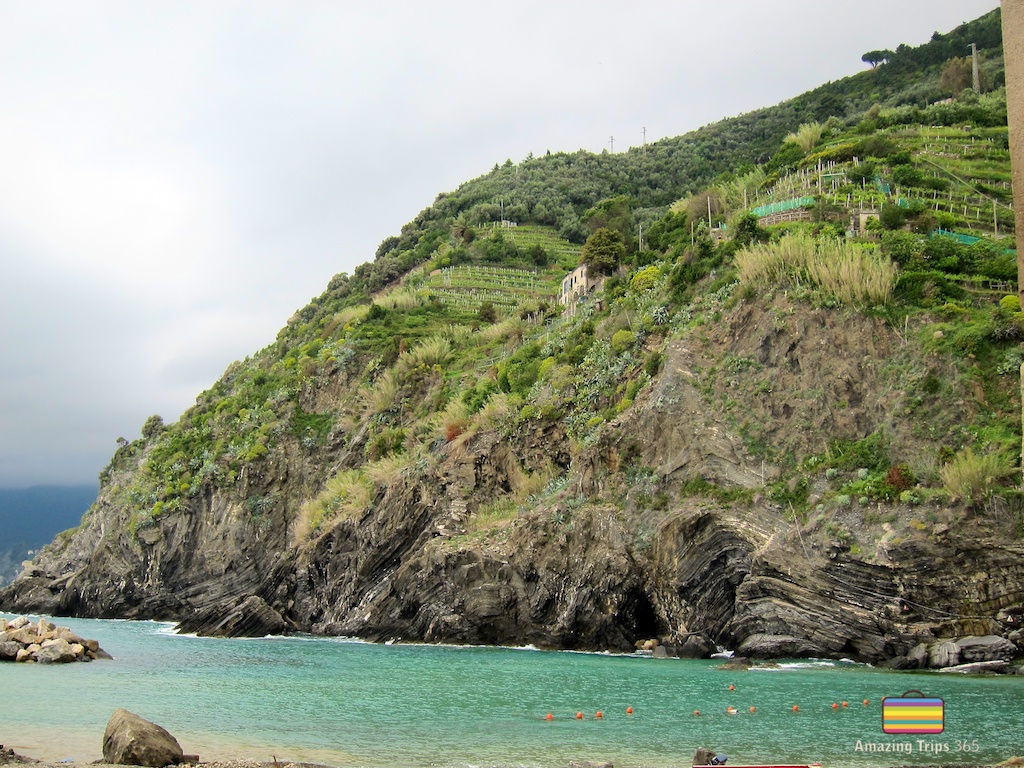 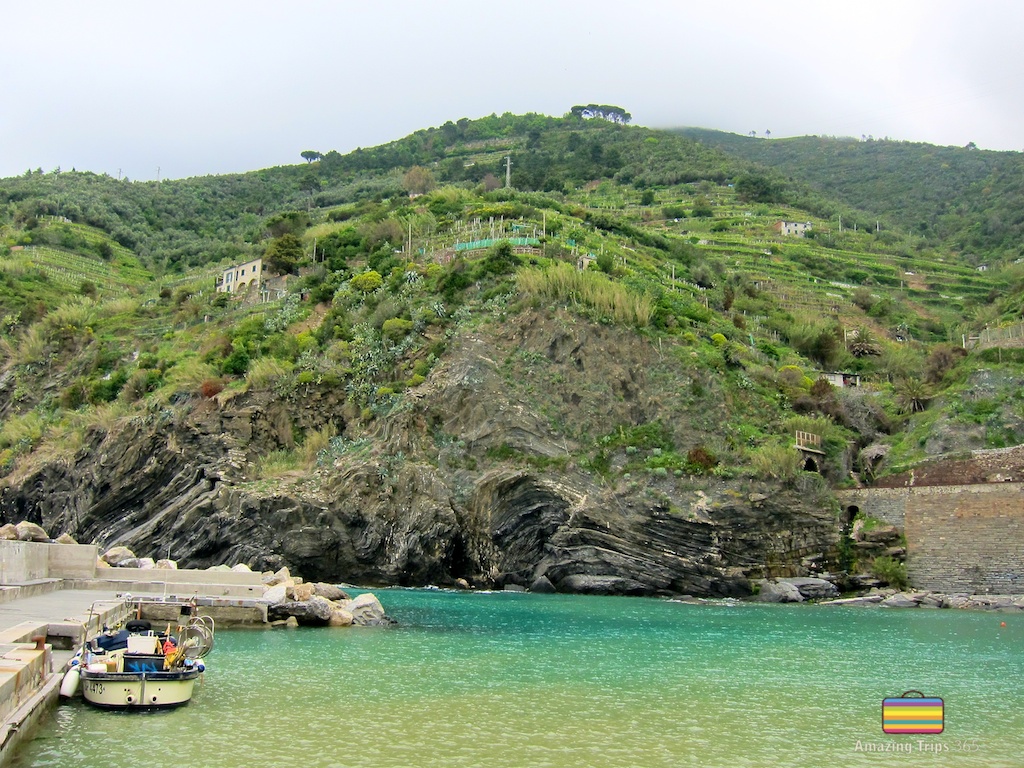 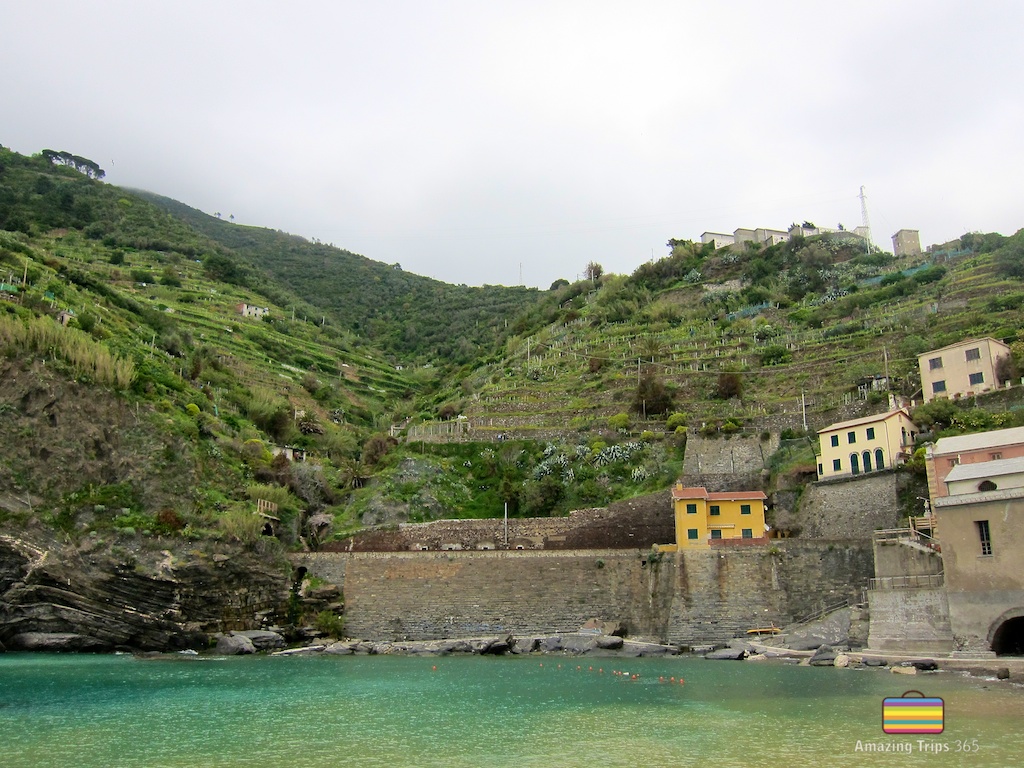 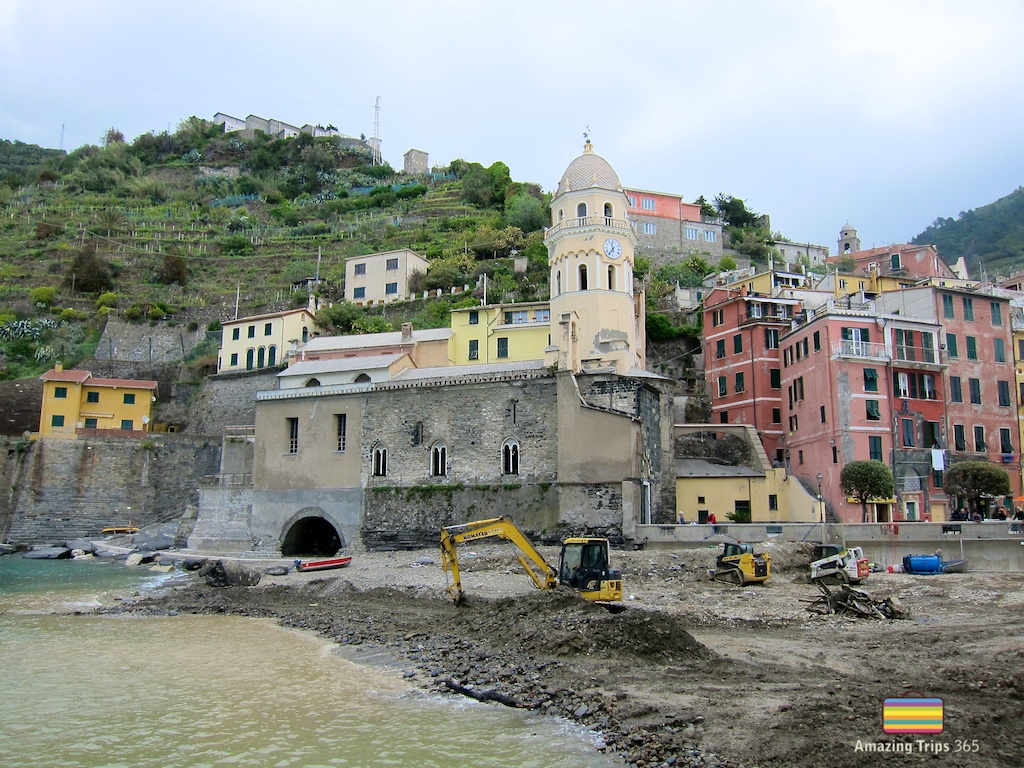 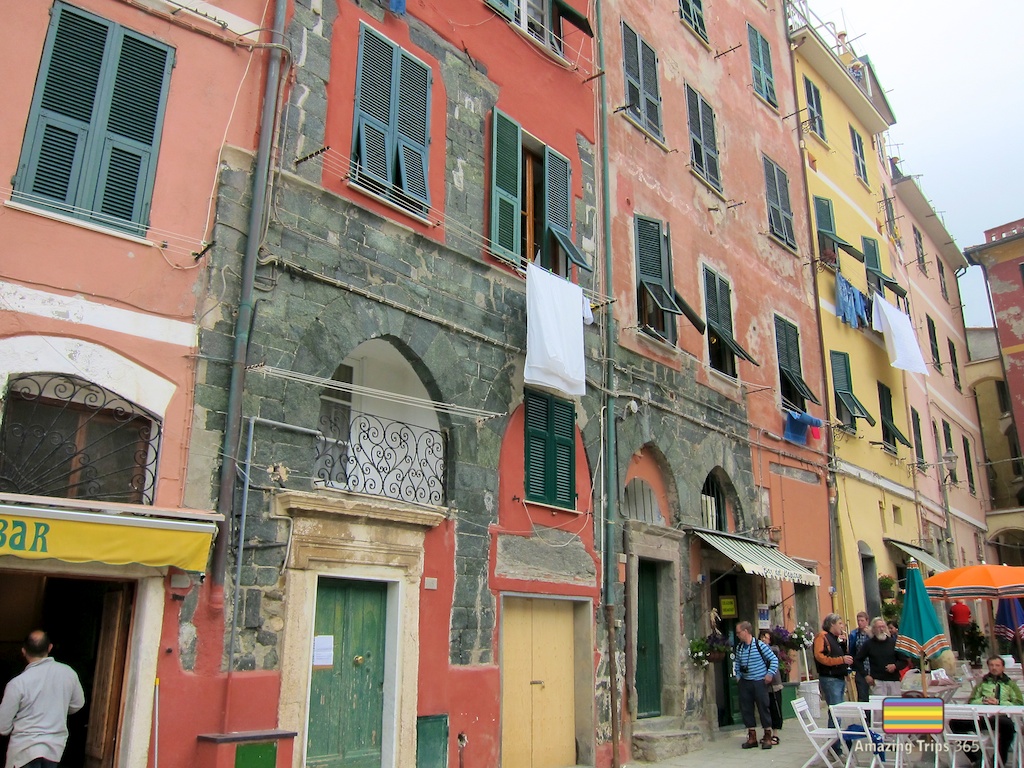 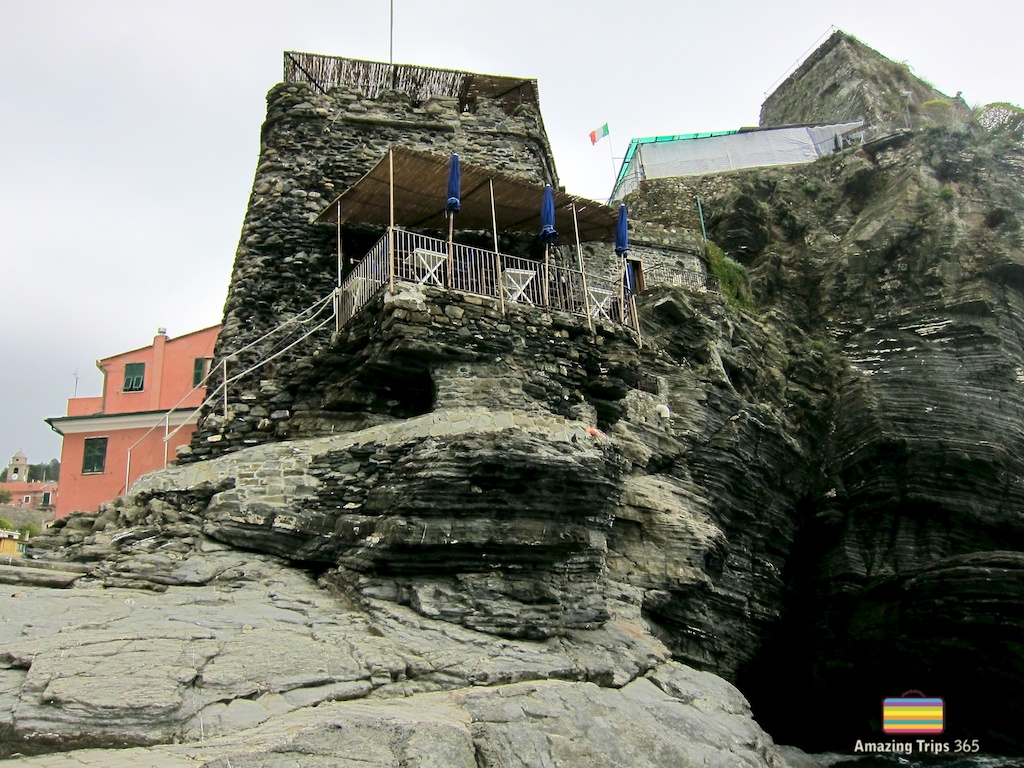 In hilly Corniglia, we took a short shuttle from the train station to downtown.  The village was so cute with restaurants, souvenir and cheese shops. 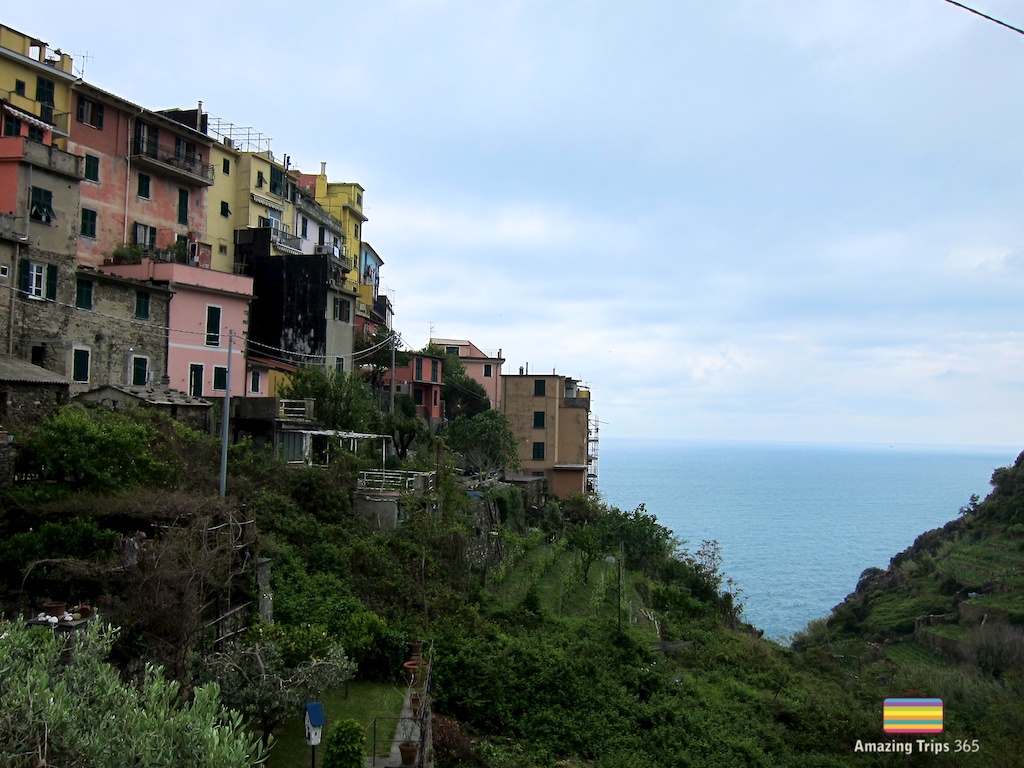 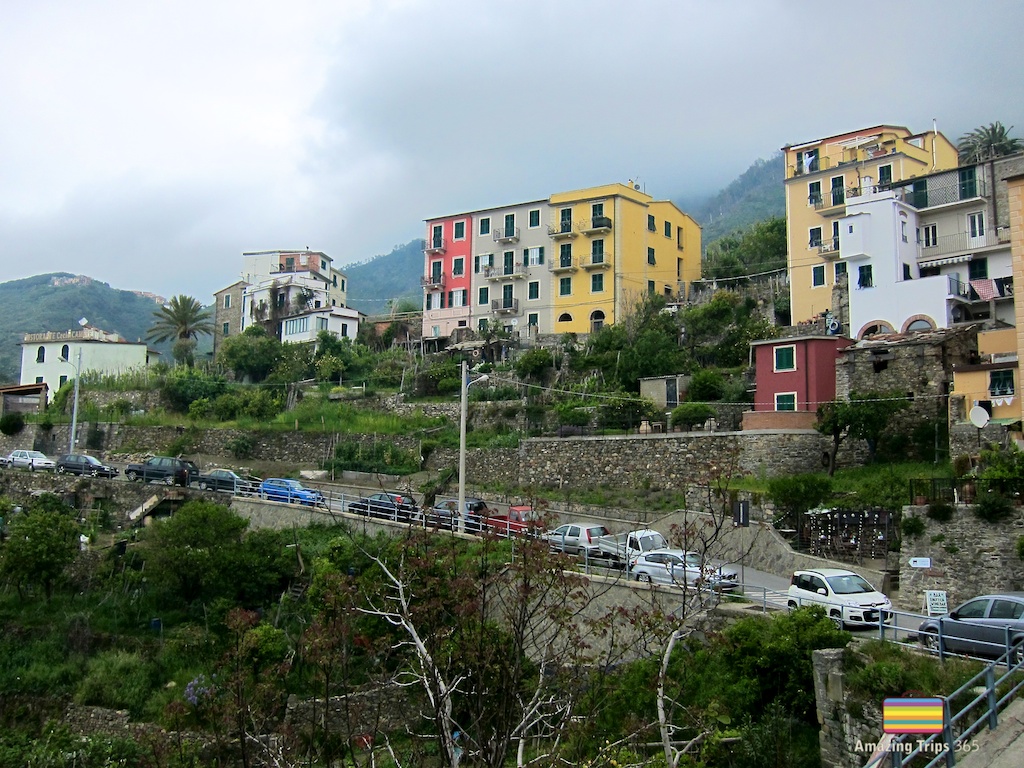 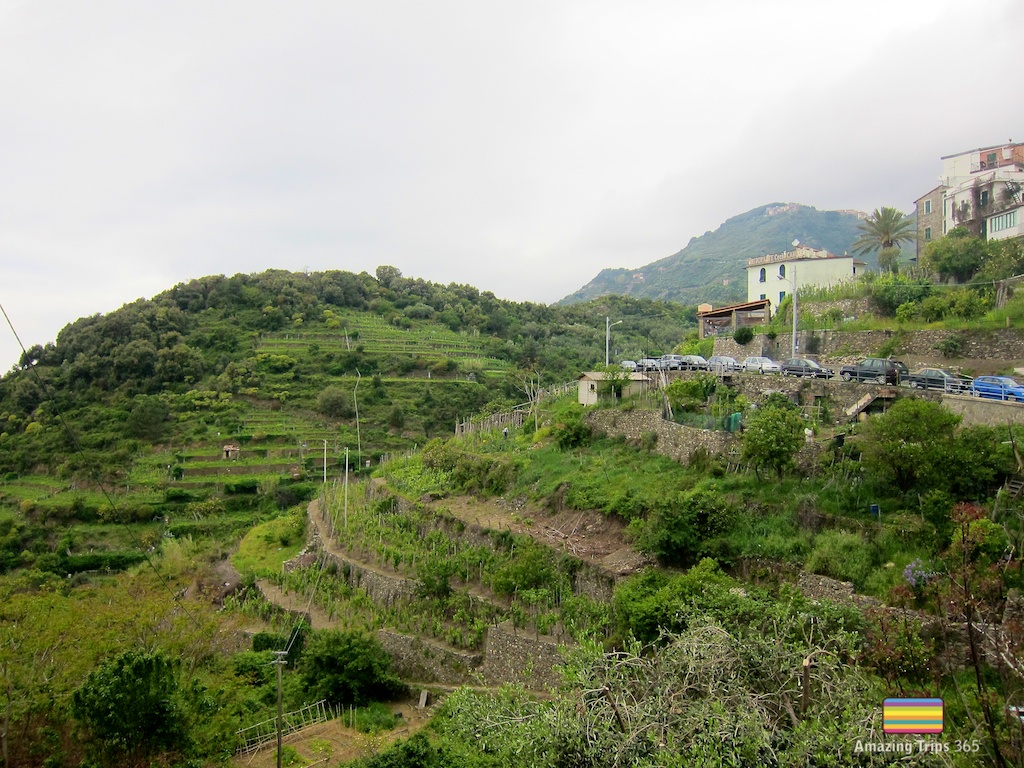 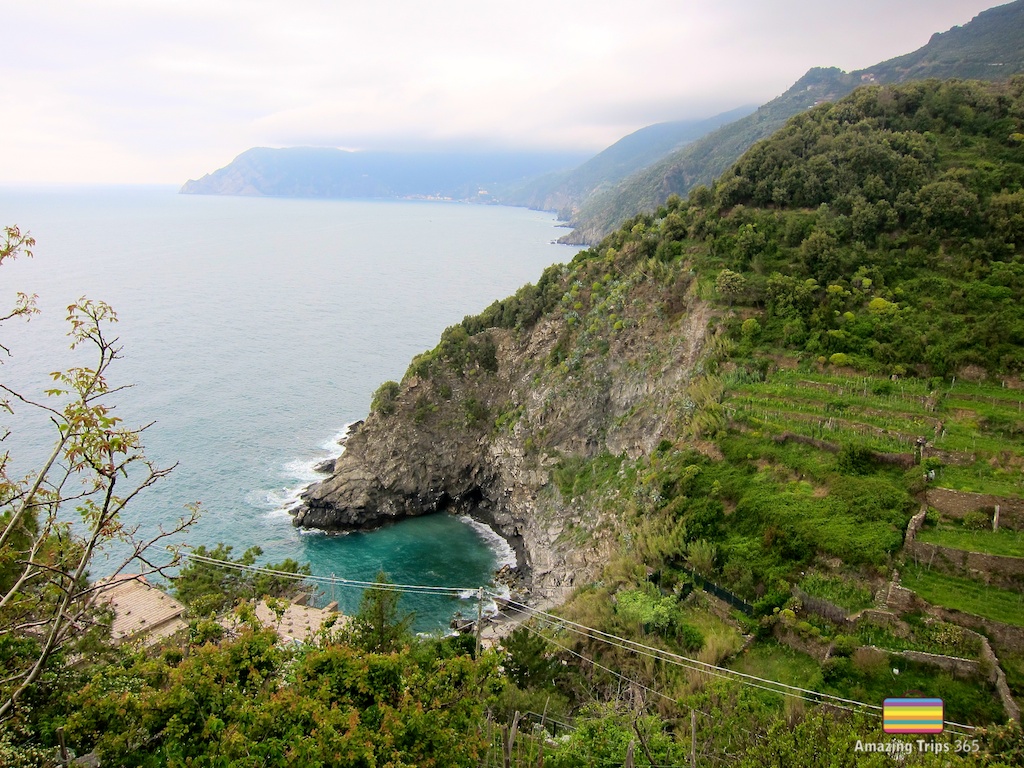 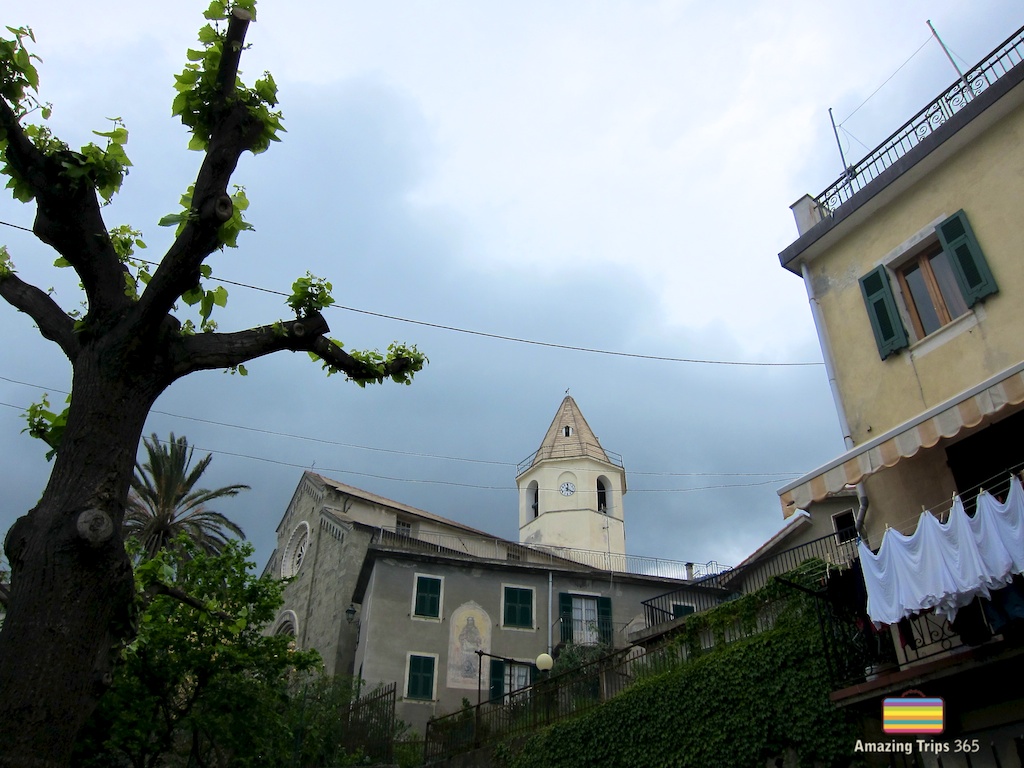 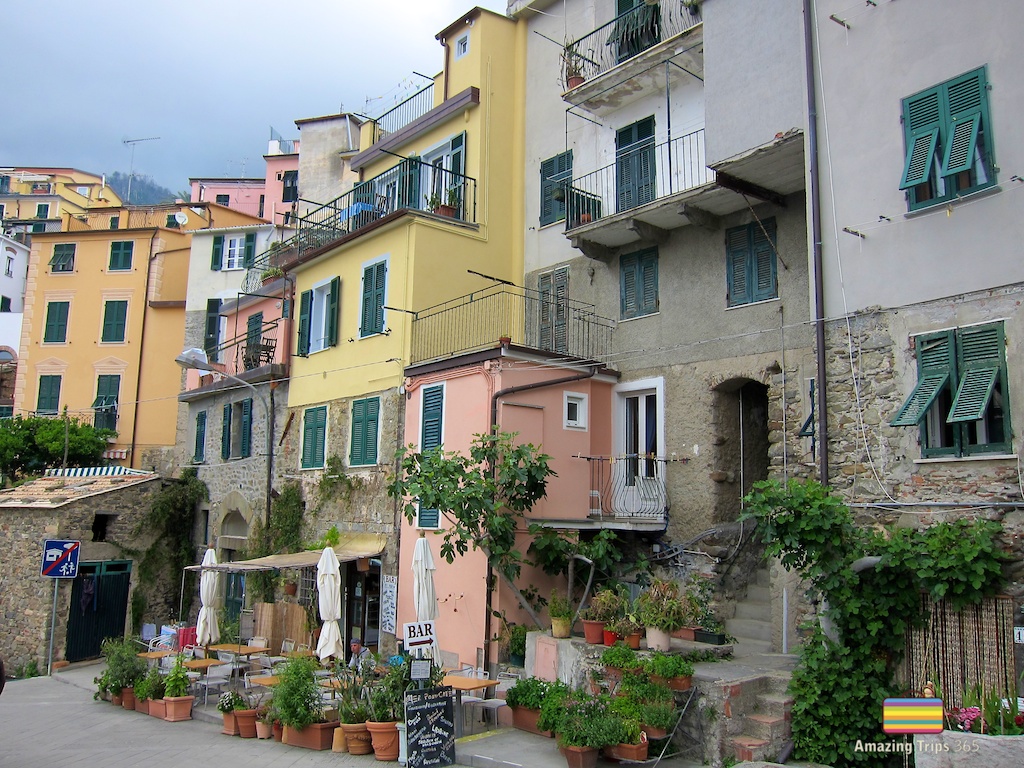 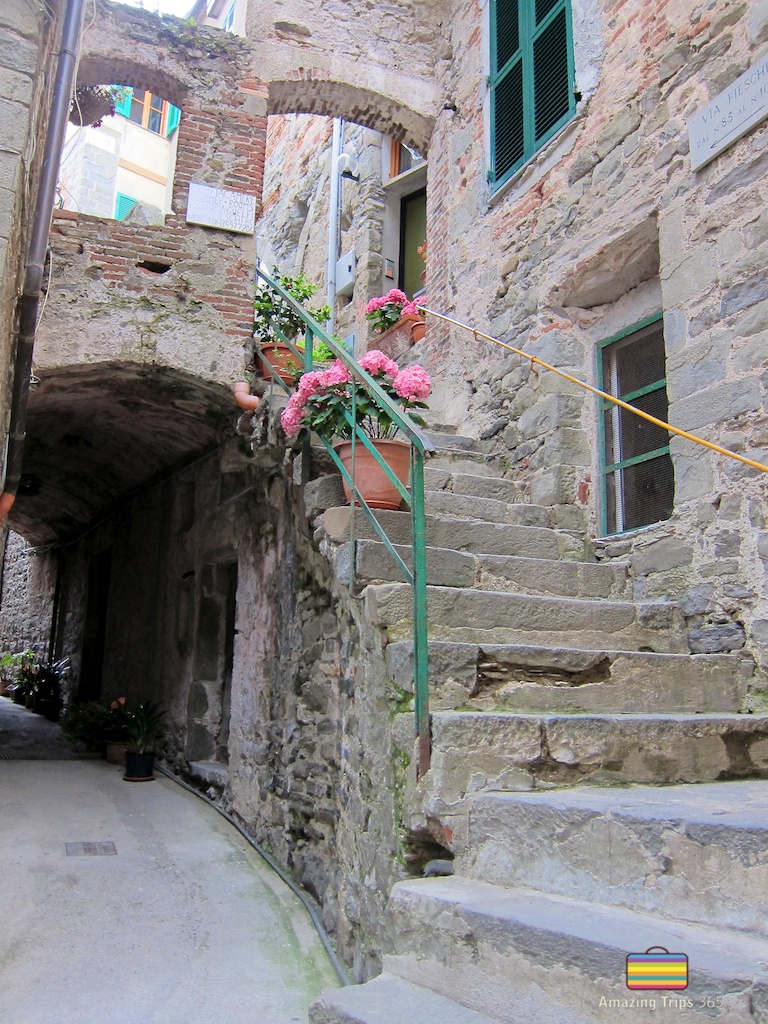 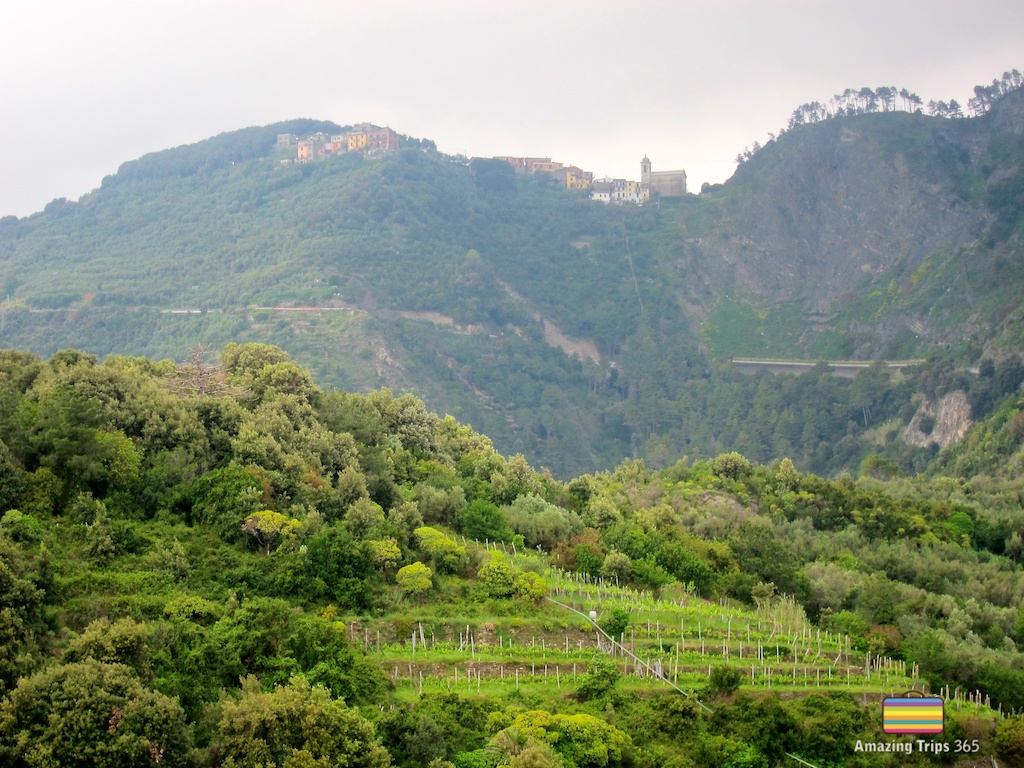 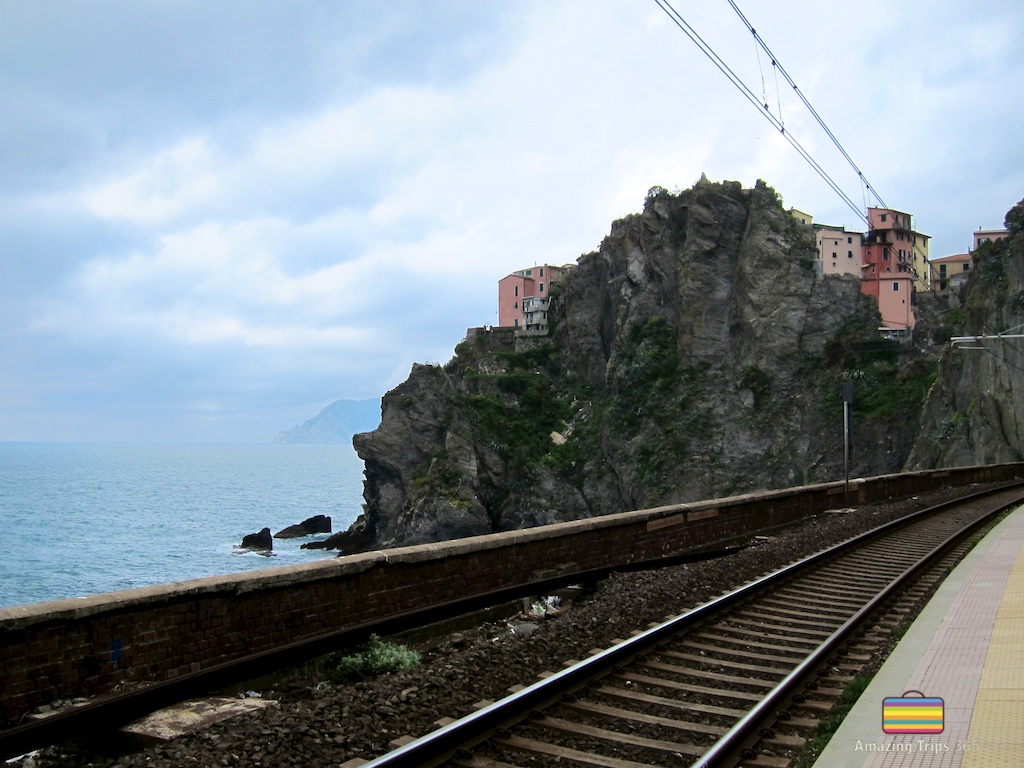 The third town of Manarola with its colorful buildings sitting on the cliffs gazing at the deep blue water was breathtaking, especially from far away. 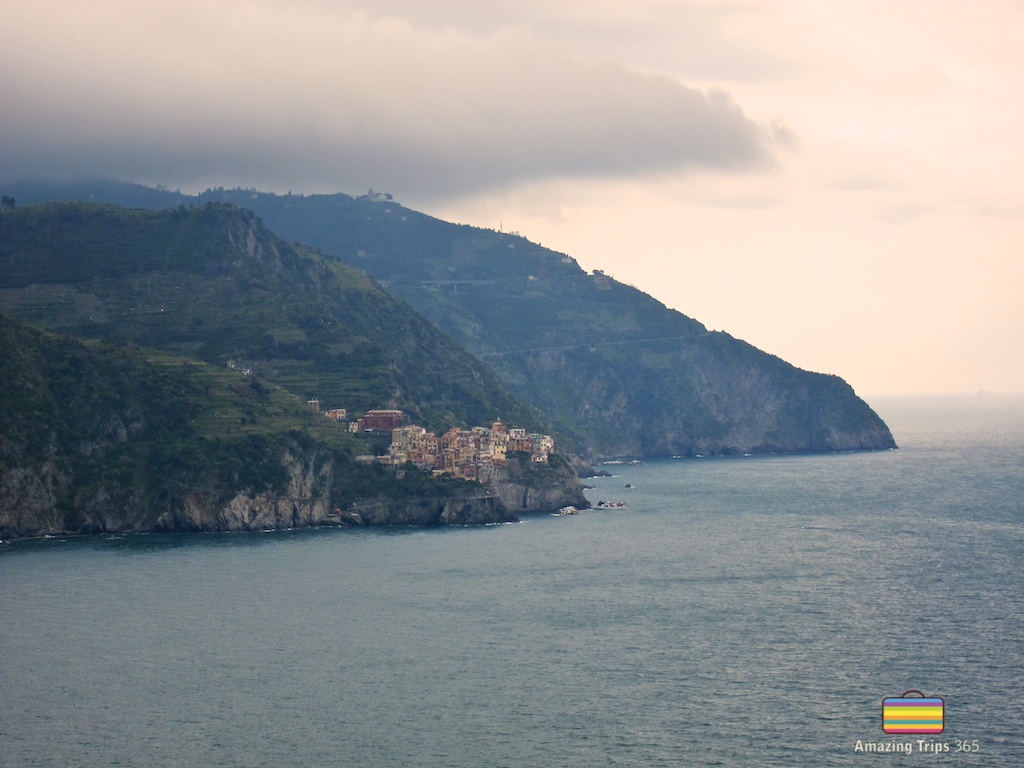 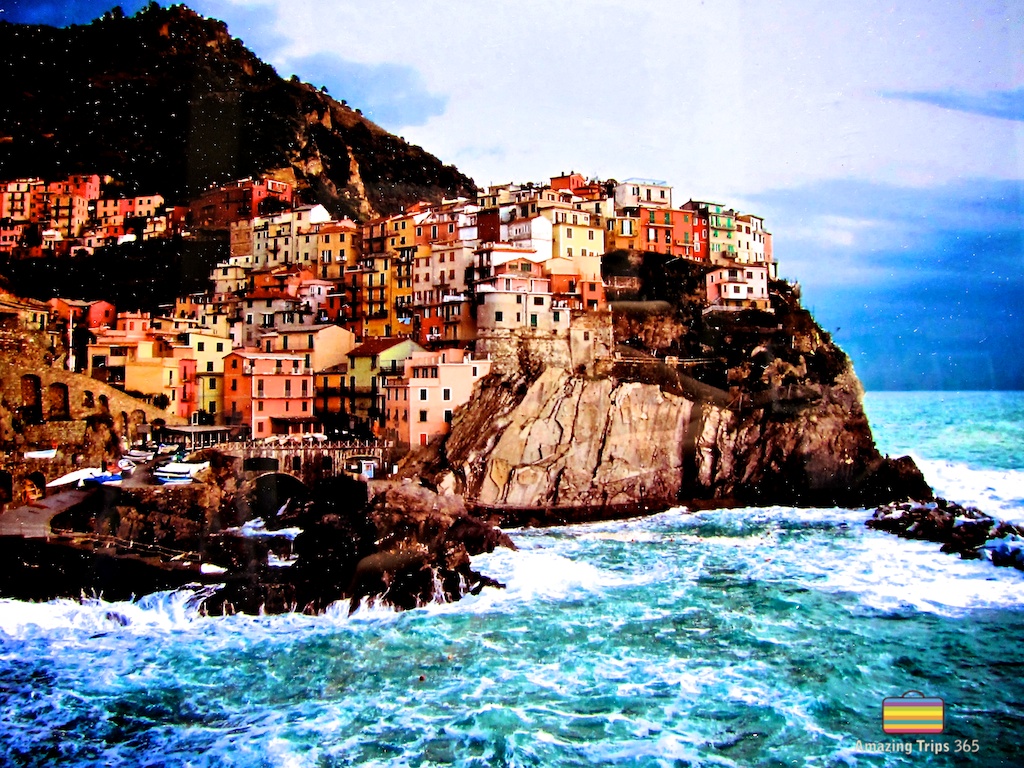 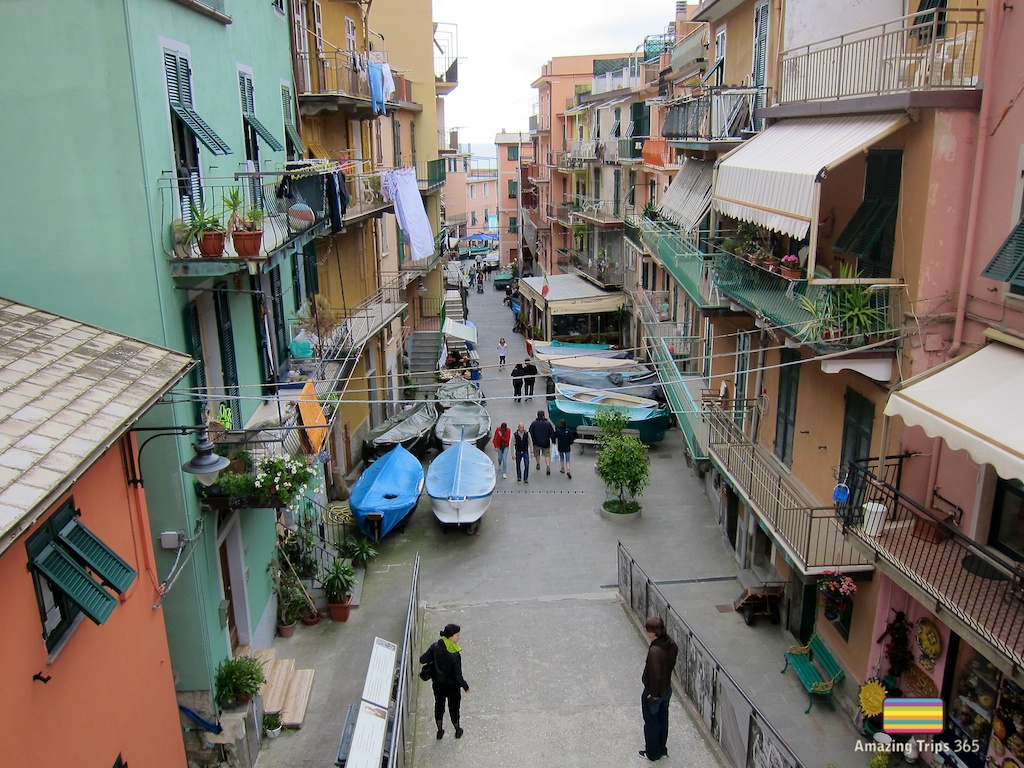 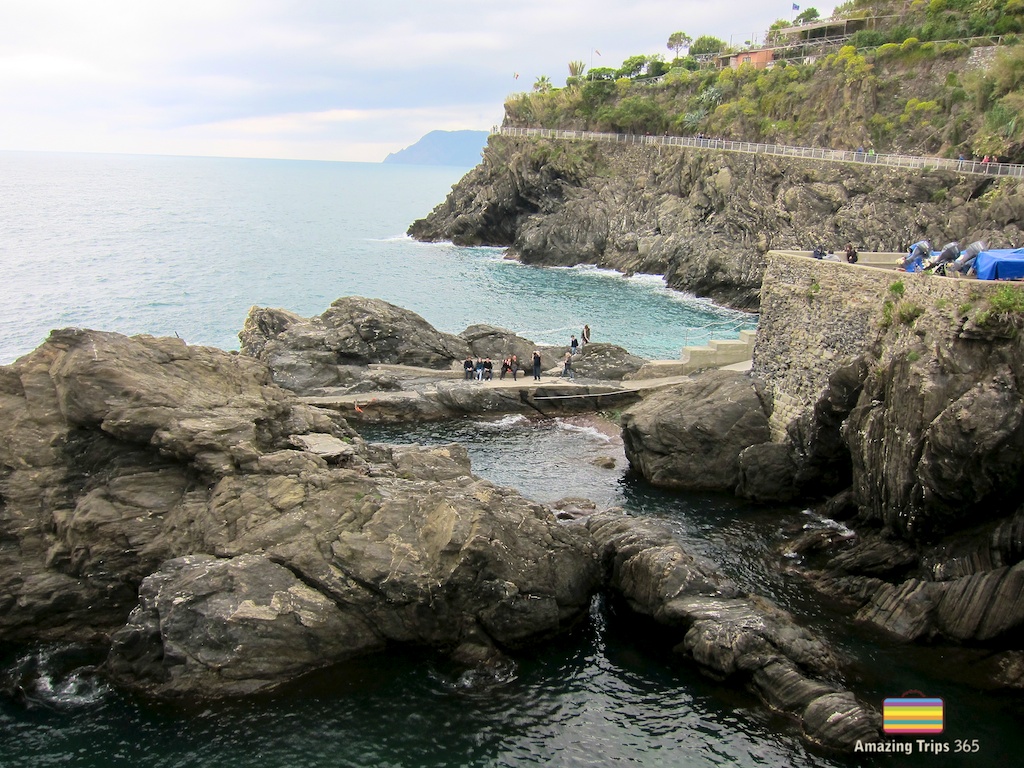 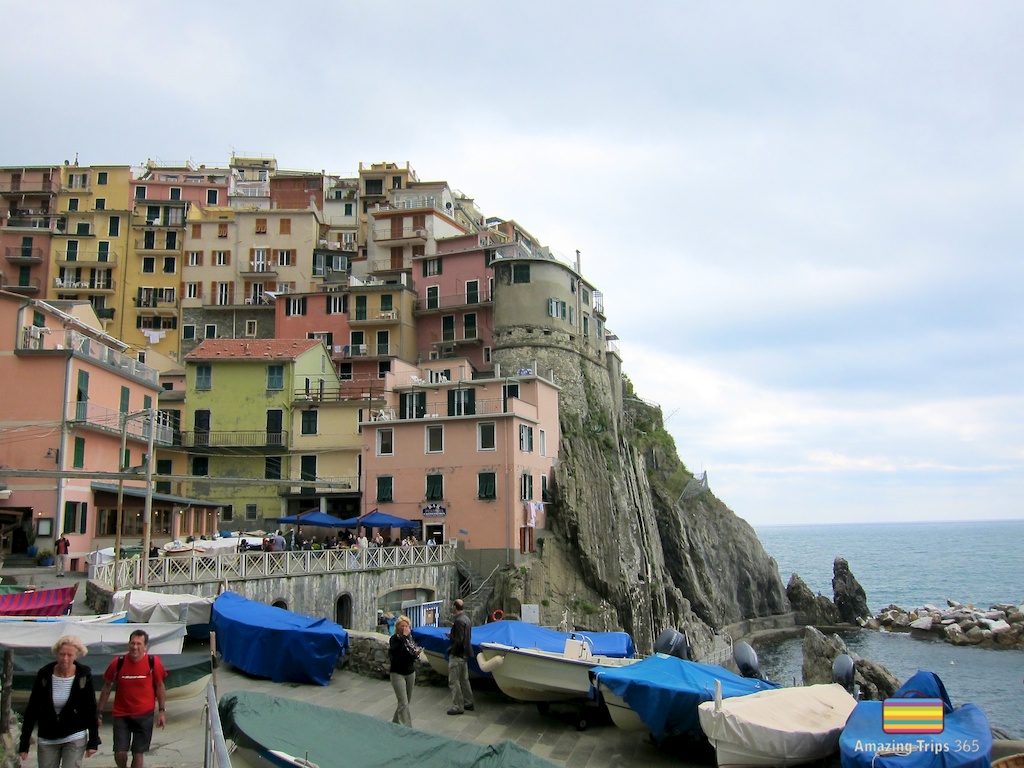 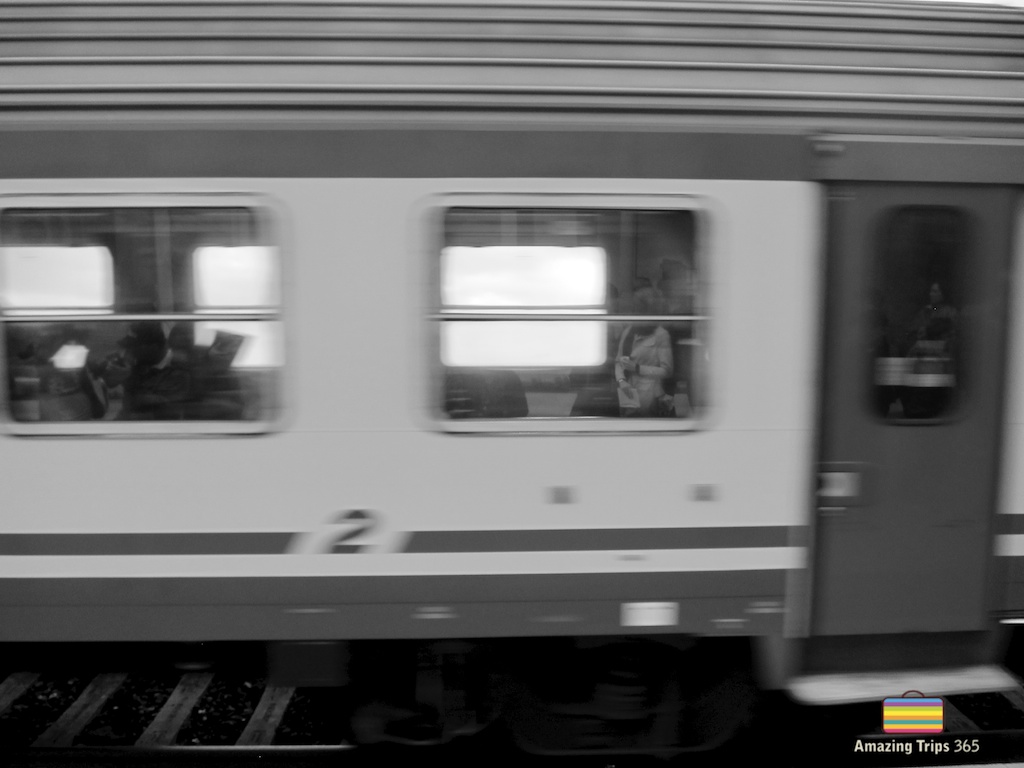 From Manarola, there is a famous scenic trail called “Via dell’Amore” or the “Lover’s Trail” to Riomaggiore.  This 20 minute hike is worth your time. 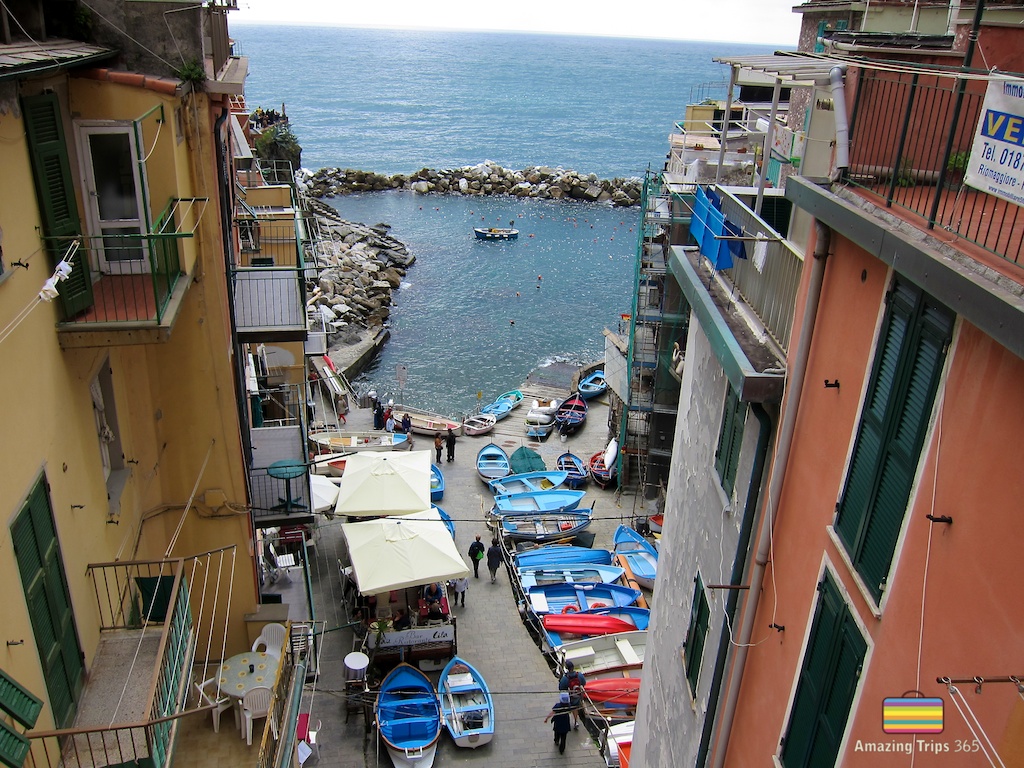 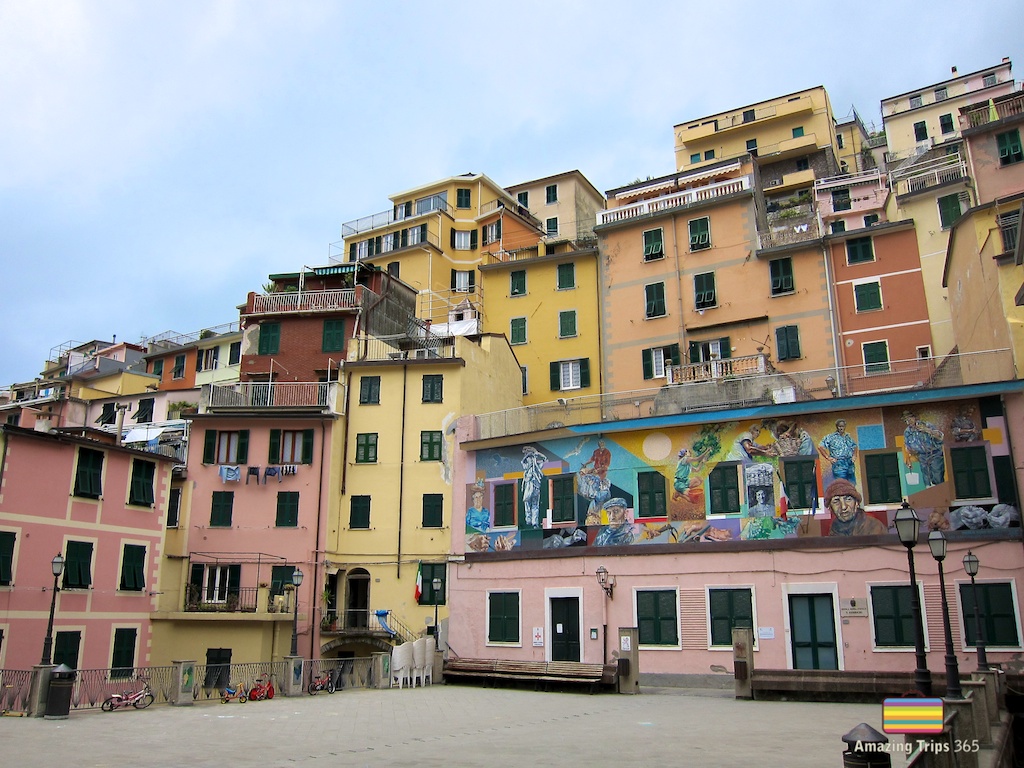 I really enjoyed my time at Cinque Terre, just as much as Venice.  But there was definitely a different feel to it…a serene, quaint, relaxing village with picturesque rainbow-colored houses on the cliffs over the vast sea versus a busier city with winding canals connected by hundreds of bridges and gondolas parked right in front of  the homes.  Regardless, both are hidden treasures.